YAC — Where are they now? Rachna Reddy

YAC — Where are they now? Rachna Reddy 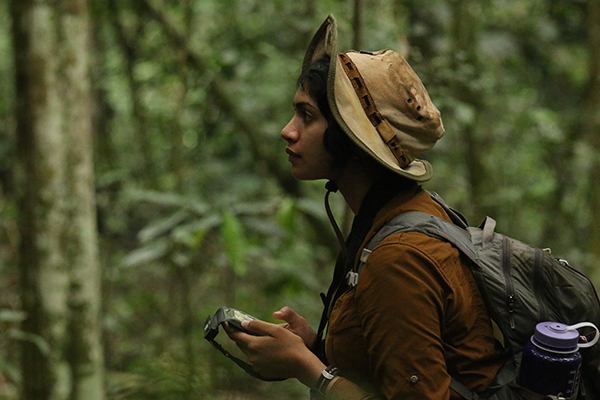 As a high school student, Rachna Reddy, Ph.D., gained valuable experience that she still uses today as a result of her involvement with the Community Foundation’s Youth Advisory Council (YAC).

Reddy became a member of YAC as a freshman at Port Huron Northern and was an active participant of the organization before graduating in 2008.

“It was a group where a lot of people were really passionate and motivating to be around,” Reddy said. “I learned just how important it is when you’re in a leadership position to be both encouraging and motivating to teach others.”

After high school, Reddy went on to study at Duke University and received a bachelor’s degree with a distinction in evolutionary anthropology in 2012. There, Reddy discovered her interest in research and working with animals through the university’s Lemur Center and was determined to get involved with the center however she could.

“I went to these meetings every week where all of these scientists would get together and just talk about their research,” Reddy said. “I learned about people who were studying all these interesting things I didn’t even realize were jobs and I ended up getting a position a few months later.”

During her junior year, she took the opportunity to do a field course at Kruger National Park in South Africa. Reddy said that after a few months of working at the site she decided to continue pursuing that work.

“I got to go work with chimps while I was still in college, which is really unique I realize,” Reddy said. “It’s pretty magical to get to see the world like through the eyes of the species and when you’re with chimps there are a lot of ways that you can really do that.”

Reddy received her Ph.D. in anthropology from the University of Michigan in 2020 and is currently working on her Mind Brain Behavior postdoctoral fellow through Harvard University. She plans to continue her current research and is also writing a fictional, coming-of-age novel about chimpanzees.

“I’m trying to study chimps and bonobos, and trying to understand what we can learn about human mental health from studying them and the kinds of things that are emotionally challenging for them,” Reddy said. “Particularly, I’m focused on adolescent life period, but I study them at all ages.”

Through her involvement at YAC, Reddy has acquired many skills and gained experiences that have had long-term benefits for her. She uses these skills and experiences in her everyday life.

“A part of it that is really connected to me now is that we would review grants,” Reddy said. “That’s still a huge part of my life, writing grants.”

Reddy said it was an empowering experience and helped her learn about different perspectives and problem solve as a group. She encourages young adults to get involved in YAC and to gain the most from the experience, she suggests taking the time to listen.

“There are just so many problems in the world and they’re very difficult to solve, but I think the main way to do that is to just listen, learn, observe, and become as informed as you can,” Reddy said. “In doing that, you’ll start to learn about and come up with ideas about actions to take.”