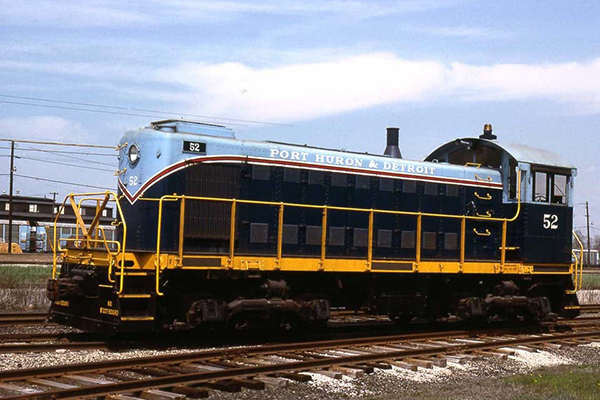 The former Port Huron & Detroit (PH&D) Railroad Historical Society worked diligently to bring their time as a nonprofit to a close through the support of 17 organizations and dispersing $85,500.

“We wanted to honor the significant railroad and maritime-related histories connected with Port Huron and the Blue Water Area by starting an endowment fund with the Community Foundation,” said Dan Meinhard, former president of Port Huron & Detroit Railroad Historical Society.

The largest of the distributions is $35,000 for the creation of the Tunnel City Railway & Transportation Heritage Fund to support nonprofits caring for, preserving and maintaining railroad, maritime and military historical artifacts. Funds could be used for railway, military or maritime items such as signals, vessels or locomotives on public display at museums or parks for historical interpretation and education.

“The Blue Water Area has a rich and diverse railroad and maritime history, hence the name Tunnel City,” Meinhard said. “That used to be a moniker for the area around the Grand Trunk depot in Port Huron.”

The former nonprofit was founded with a vision to preserve the railroad history of the Port Huron and Detroit Railroad, Pere Marquette, Grand Trunk Western, Detroit Bay City & Western, Detroit United Railroad, Michigan Central, and other legacy and predecessor railroads of Michigan’s Greater Thumb Region. It is one of several organizations that have trusted the Community Foundation with their donated funds when they dissolve, ensuring a charitable use consistent with the donors’ intent.

“We wanted to be sure the public knew where the funds from the former nonprofit were given when it dissolved,” Meinhard said. “The Community Foundation will be the ideal steward of the largest portion to continue on the important work to preserve local rail, maritime and military history for the community.”

For more information on the new Tunnel City Railway & Transportation Heritage Fund and a list of all the grants made by the former Port Huron & Detroit Railroad Historical Society see here.