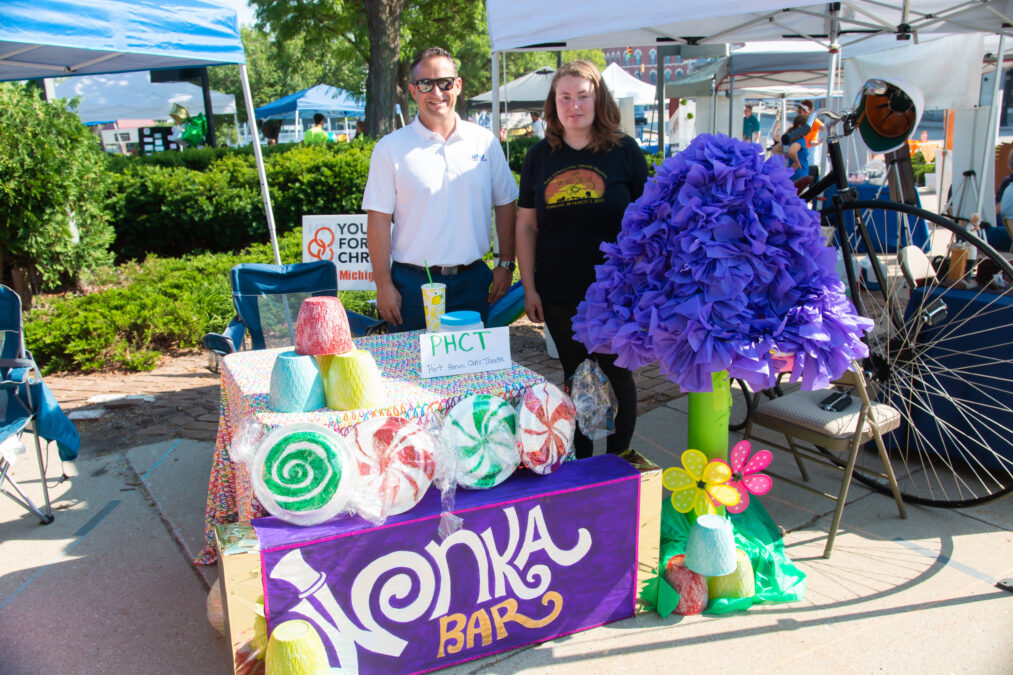 Thank you to everyone that donated during the BIG GIVE this year! The Community Foundation and participating nonprofits are so lucky to live in such a generous area that supports our hardworking nonprofits.

“I am proud of how many donors gave so generously during the Big Give. Every donation made will make a difference in the work of the 75 nonprofits who participated,” said Randa Jundi Samman, Board Chair of the Community Foundation.

The community stepped up big and collectively raised more than $600,000 from 1,715 donors. Donations were made locally, from across Michigan, and from 12 other states. There were even donors from 6 other countries who contributed to the Big Give to support causes they love in a community they care about.

“There was an amazing spirit of togetherness and support amongst the 30 nonprofits that gathered in the courtyard area in front of the community foundation during the Big Give,” said Jackie Hanton, Vice President of the Community Foundation.

“It was wonderful to see donors stopping by to chat with their favorite nonprofit and others walking around to learn more about organizations they didn’t know about.”

Thousands of gifts were made to support causes near and dear to donors’ hearts, on a day when everyone could be a philanthropist. The impact of the community’s generosity can be viewed on the leaderboards online at www.thebiggivescc.com. Numerous nonprofits took home prizes for things like having the first online donation or the most donors overall.

A bonus pool of more than $60,000 will also be distributed pro rata amongst all participating nonprofits based on what they raised during the Big Give. The bonus pool exists because of the generosity of several community foundation funds, corporate donors, and individual donors who helped make every dollar given on June 9 go even further.

The Big Give was created to give nonprofits an economic boost. The past four giving events (2009, 2010, 2014, 2018) have leveraged over $1.6 million for local nonprofits. After this year, the community can be proud to say they’ve helped give more than $2.2million back to causes they care about most.

We know that where giving thrives communities thrive too, which is why the Community Foundation is proud to champion an event like the Big Give. This giving day brought nonprofits and donors back together in person and online, and giving was abundant. The community generosity on June 9 was amazing and greatly appreciated.