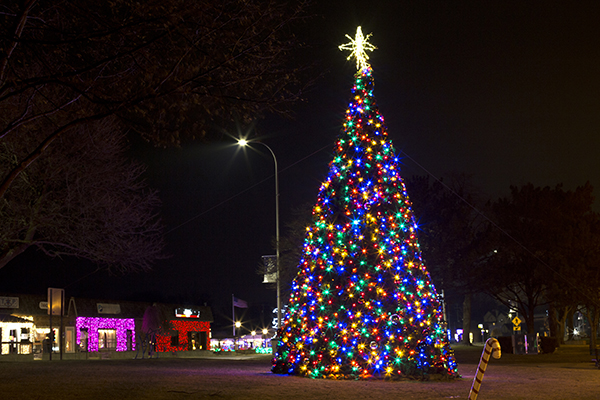 Year-end is a popular time for giving, and that is no exception when it comes to the Community Foundation’s St. Clair Endowment Funds Committee. During the last meeting of the year, the committee proactively awarded more than $147,000 to organizations located in the St. Clair area or that serve its residents in some way.

Members of the St. Clair Endowment Funds Committee used their community knowledge to support students at St. Clair High School, and cover basic needs through organizations like Kids in Distress and St. Vincent de Paul. The committee also promoted economic development at the former Eddy Elementary by helping Friends of the St. Clair River renovate the new Thumb Coast Watershed Center and funding a feasibility study on turning the former lunchroom into a commercial kitchen for local food entrepreneurs.

Year-end isn’t the only time the committee keeps busy. In total, the St. Clair Endowment Funds have awarded more than $867,000 this year. Grants include various projects by the City of St. Clair, live music entertainment in the plaza courtyard and new sidewalks at the St. Clair Little League field.

The committee also takes an active role when it comes to placemaking in St. Clair and the surrounding areas. In recent years, members were the driving force behind the renovations to the plaza courtyard and the updated tennis courts at SCHS. More recently, they also supported the new St. Clair Theatre project with a $500,000 grant.

Fred and Franklin Moore played a major role in creating the St. Clair Endowment Funds Committee we know today. Not only did they help establish many of these funds and bring them to the Community Foundation, but Franklin also started a tradition committee members keep alive to this day – personally delivering grant checks to the organizations.

“He wanted the beneficiaries to know that there were people in the community supporting their organization and not a faceless corporation,” Lockwood said.