The shoreline used to create this beautiful River Walk was donated to the Community Foundation of St. Clair County by local philanthropist James C. Acheson at Christmas of 2011.

Observation Dock: the old railroad ferry dock, which dates back to the early 1900’s, has been fully restored and re-opened to the public. Once used to help transport goods back-and-forth to Sarnia, the Ferry Dock is now a beautiful patio overlooking the St. Clair River.

Pedestrian Trail: using partial funding from the Transportation Enhancement Grant Program of MDOT, the Community Foundation raised matching private donations that allowed us to build a 10’ wide asphalt pedestrian trail along the entire length of the shoreline. This trail is a key component of the Bridge to Bay Trail system.

Shoreline & Habitat Restoration: Approximately 4,300 feet of St. Clair River shoreline was completely restored and rehabilitated in 2013, utilizing the grant funding from the GLRI. In the spring of 2014 we completed our shallow water habitat restoration efforts. During this work, and including the Pilot Phase work done in 2012, almost 7,000 tons of debris was removed from the site.

County Wetlands Park: Our partners at St. Clair County Parks & Recreation received a $1 million grant to develop a new wetlands park on the very southern end of the River Walk.

Fishing Pier: To help enhance public access for fishing and recreation, the Community Foundation built a fishing pier on the southern end of the River Walk, just south of the Gray Fox ship.

Public Art: One of the many fantastic enhancements of the Blue Water River Walk is public art. Adding public art and artifacts is another way we have been able to embellish our River Walk and make it more interesting for visitors. 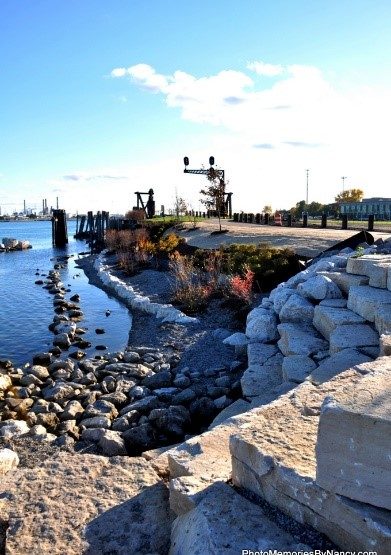 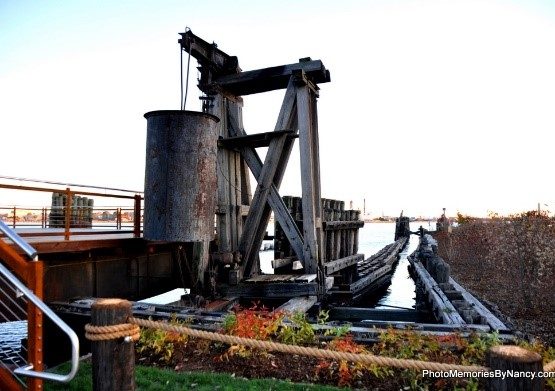 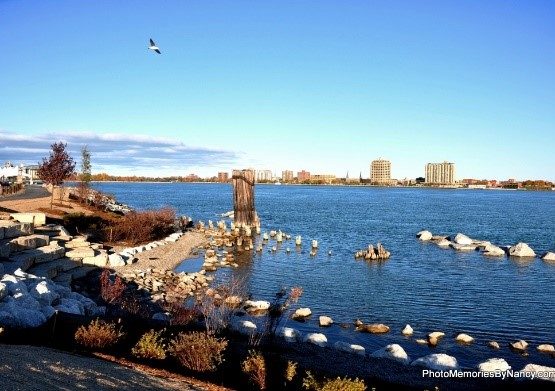 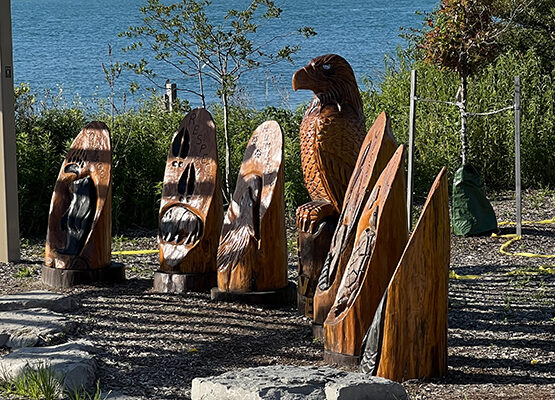 Who owns the River Walk?

The River Walk is owned by the Blue Water Land Fund, which is a 501(c)(3) nonprofit corporation that was created by and is a supporting organization of the Community Foundation of St. Clair County.

Who manages the River Walk?

The daily care and maintenance of the Blue Water River Walk is managed by St. Clair County Parks & Recreation. We are thankful for this partnership in caring for our beautiful riverfront. Be sure to check out their impressive expansion project, with renovations to the River Walk park and recreation spaces, as well as the addition of a pavilion and other amenities.

Any questions or concerns regarding the River Walk should be directed to: Nancy Winzer at 810-985-6166.

Why is the Community Foundation involved in land preservation?

Other links of Interest

The Blueways of St. Clair