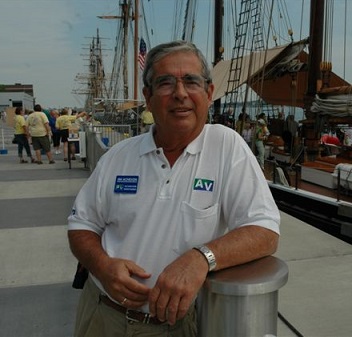 Anyone who has lived in the Port Huron area is familiar with the Acheson family. The Acheson name is connected with transformational projects and programs, from scholarships to marinas, throughout the region.

The Community Foundation is no stranger to the dedication of the Achesons. They have been an integral part since its inception, with Howard Acheson serving as the Foundation’s first Vice President in 1944.

Following three generations of great success and innovation in the field of specialty chemicals, Howard’s son, Dr. James C. Acheson (Jim), transitioned the family’s focus to investing in the revitalization of the Blue Water Area through Acheson Ventures and the James C. Acheson Foundation.

In close partnership with the Community Foundation, the James C. Acheson Foundation has played a substantial role in many major development projects, including the establishment of Studio 1219, the Youth Home for homeless teenagers, and the Blue Water River Walk.

In 2004 Comprehensive Youth Services/The Harbor received a federal grant to operate a transitional living program for homeless youth and they looked to the Community Foundation for help in acquiring a place to house the program. The Foundation’s Youth AdvisoryCouncil adopted this project and partnered with the Acheson Foundation to provide funding that then led to an additional match of funding from the state through MSHDA. A home at 1114 Court Street was purchased and leased to CYS/The Harbor where it became the Wings of the Harbor, providing safe, secure housing and life skills training for local homeless youth aged 16 to 21. The Foundation continued to own the home for 14 years until late 2018 when we were proud to gift the home to the organization.

After the Youth Home purchase, Jim helped launch another project into success- Studio 1219 in downtown Port Huron. In 2005 a used furniture store was renovated and transformed into an incubator for local artists. The studio took shape over the next several years under the Cool Cities Act by former Governor Jennifer Granholm, with the purpose of connecting the community and the arts. Present day, the studio features 160 different Michigan artists, 12 five-week class courses and more than 30 different rotating workshops.

Jim has always had a passion for maritime activities so it was a natural fit for the Acheson Foundation to focus its philanthropy on efforts that highlight the crown of our region- our beautiful waterfront.  One of the most impactful of those projects has been the Blue Water River Walk. The River Walk is almost one mile of shoreline along the St. Clair River donated by Jim to the Foundation in 2011. The initial gift, valued at approximately $1.5 million, has now been leveraged to create a total public and private partnership investment of more than $6,000,000. Now thousands of people visit the River Walk year round, enjoying the pedestrian trail, Ferry Dock, wildlife and public art displays.

Jim Acheson’s faith in the region, shown through the generosity and contributions of the Acheson Foundation, has inspired citizens and businesses alike to take notice of Port Huron and all its potential. Former congresswoman Candice Miller once said, “Years ago, Detroit had Henry Ford. Every town needs something like that, and Port Huron’s got Jim Acheson.” The effects of his philanthropy will have a lasting impact on the entire community, felt by many generations to come.