The Community Foundation of St. Clair County is proud to partner with Diving with a Purpose (DWP) to support the community fundraising efforts for the Tuskegee Airmen Memorial to be built at the Blue Water Flag Plaza in Port Huron.

The memorial will recognize the accomplishments of the Tuskegee Airmen of WWII and the pilots that perished in crashes in the Port Huron vicinity.

“We will honor the Tuskegee Airmen who sacrificed their lives for a country they believed in,” said Kevin Totty, Community Foundation Program Coordinator. “It’s important that we honor the amazing skill and dedication of these African American pilots and the barriers they broke down here in American and in our military.” 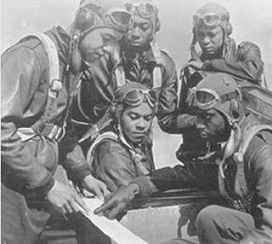 Seven members of the Tuskegee Airmen died during trainings around the Great Lakes. But two pilots went down over the waters of the Port Huron region during WWII. Flight Officer Nathaniel Rayburg died on Dec. 12, 1943 when he crashed into the St. Clair River near Algonac. Second Lt. Frank Moody died on April 11, 1944 when his plane crashed into Lake Huron.

In August 2015, a dive team consisting of maritime archaeologists from Diving with a Purpose and the National Oceanic and Atmospheric Administration (NOAA) mapped the site and wreckage of one of the pilot’s accidents, identifying his plane from pieces still intact from his instrument panel. These groups and local volunteers are now raising money to fund the design and installation of a memorial in Port Huron. 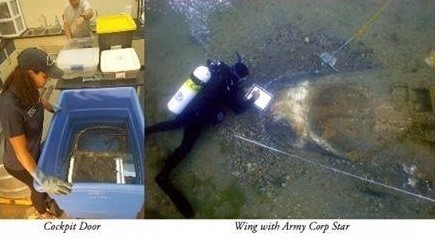