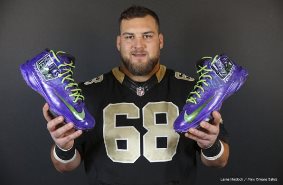 With the NFL’s My Cause, My Cleats campaign comes a new youth fund to the Community Foundation.

Tim is a St. Clair County native, originally from Fowlerville, and moved to St. Clair after 9th grade. He played for the St. Clair Saints his junior and senior year and earned All-Area, All-Conference, All-Metro East awards both years.

Tim has started two games in 2013 for the Saints. His first NFL start was against the Arizona Cardinals. In his second season with the Saints, he started 2 games and continues to leave it all on the field for the team. Tim is truly committed to the sport and his team. 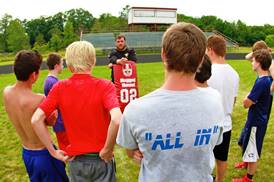 The foundation runs a very successful football camp and will also begin grant making for youth in sports (not just football) this year.