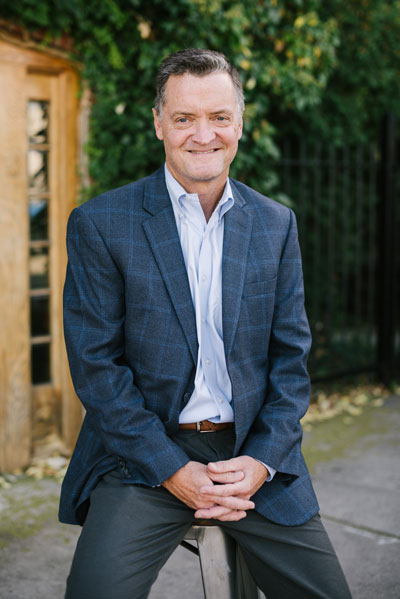 Earlier this week I read the news about the student debt forgiveness plan with mixed emotions.    However, beyond whether or not the plan is justified, and its potential impact on inflation and the nation debt, I have other reasons to be a bit disappointed in this news.

Back in 2016 the Community Foundation of St. Clair County launched an innovative program to help college graduates reduce their student debt, while at the same time paying back the Federal Government, which is the largest lender and debt holder of student debt.

The program we launched back then has now spread to a few other community foundations throughout America.  It’s the “Come Home Reverse Scholarship” program and it helps college grads pay off their student debt, providing they move back to their hometown region.

At the same time we launched the Come Home program, a national effort was launched that would introduce legislation which would formally recognize these “post-graduation” scholarships as a charitable activity.   Such legislation doesn’t currently exist, and foundations must jump through considerable hurdles to launch their own version of the Come Home program.  Although foundations have broad flexibility to help pay off or avoid student debt while a young person is in college, once a person graduates from college, we are severely limited in our ability to provide financial support.

As recently as last year there was a renewed push by Democrats and Republicans alike, in both the House and Senate, introducing bills that would open the door for foundations across the country to begin a long-term and sustainable plan to help address student debt.   As seen by these two articles below, the support came from a wide range of elected officials in multiple states.

My frustration is shared by our friends at the James C. Acheson Foundation, also located here in Port Huron.  Donna Niester, their vice president, has been an advocate, supporter and partner of our efforts since the very beginning.  “These post-graduation awards are an economic development tool,” she told me recently.  “And they are a legitimate and sustainable tool to address student debt and the national debt.”

We certainly recognize that this program isn’t the only or largest solution to student debt.  Yet for several years now, foundations across America have been asking our elected officials to allow us to help address the issue.  We’re not asking for handouts.  We’re not asking for tax breaks.  We’re asking to be a part of the long-term solution.