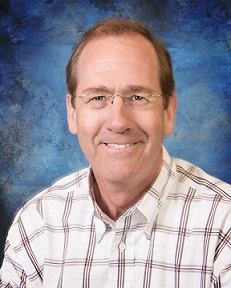 The Community Foundation has released its newly updated report on Strategic Priorities which will guide the Foundation’s discretionary work through the end of 2021.

“We update our Strategic Priorities every three years,” said Mike Cansfield, board chair of the Community Foundation.  “Based on feedback from a broad group of constituents throughout the region, we will focus our discretionary work in two key areas; Community & Economic Growth; College, Career & Life Success.”

The Community Foundation is coming off a record year in 2018 that saw over 600 separate grants and awards being approved totaling more than $2.8 million.  “First and foremost we’re here to help donors achieve their goals,” said Cansfield.  “You’ll see that as you look through our listing of over 600 grants.”  The majority of the Community Foundation’s assets are pre-directed and predetermined in focus areas or even specific nonprofit organizations as determined by donors.  The Foundation manages over 250 individual funds.

The Foundation’s previous statement of priorities had three major focus areas; Community & Economic Growth; Cradle to Career; Healthy Lifestyles.  Based on feedback from an ad-hoc committee convened in the fall of 2018, the Community Foundation decided to drop the focus area on Healthy Lifestyles and adjust the Cradle to Career area to a more targeted focus on life success after high school.  “We’re getting strong traction through programs like Complete Your Degree,” said Cansfield.  “That program just added two new endowment funds totaling $100,000.  We feel our greatest impact is in the area of young adult success, regardless of whether a college degree is a part of that or not.”

The timing for updating the Foundation’s strategic priorities also worked out well from a regional perspective, because Blue Meets Green will be hosting a half-day retreat February 27th to update its Strategic Priorities.  The Community Foundation has been a partner and supporter of Blue Meets Green since the initiative was formed back in 2009.

One new regional priority that has already emerged is the effort to map out a plan to complete regional and state-wide trail systems which cross through St. Clair County.  The Great Lakes to Lake Trail starts in South Haven along the shores of Lake Michigan and will eventually end at Lighthouse Park in Port Huron along the shores of Lake Huron.  The other major trial system which has significant gaps is the Bridge to Bay Trail which runs along the entire coastline of the Blue Water Region.  The Community Foundation and the St. Clair County Planning Commission, along with St. Clair County Parks & Recreation, are leading this regional effort.  The Community Foundation received a $100,000 grant from the Ralph C. Wilson Jr. Foundation to support this regional initiative.

The Community Foundation is the largest Foundation serving Michigan’s Thumb Coast region with assets of approximately $75 million.  In May the Foundation will celebrate its 75th Anniversary.